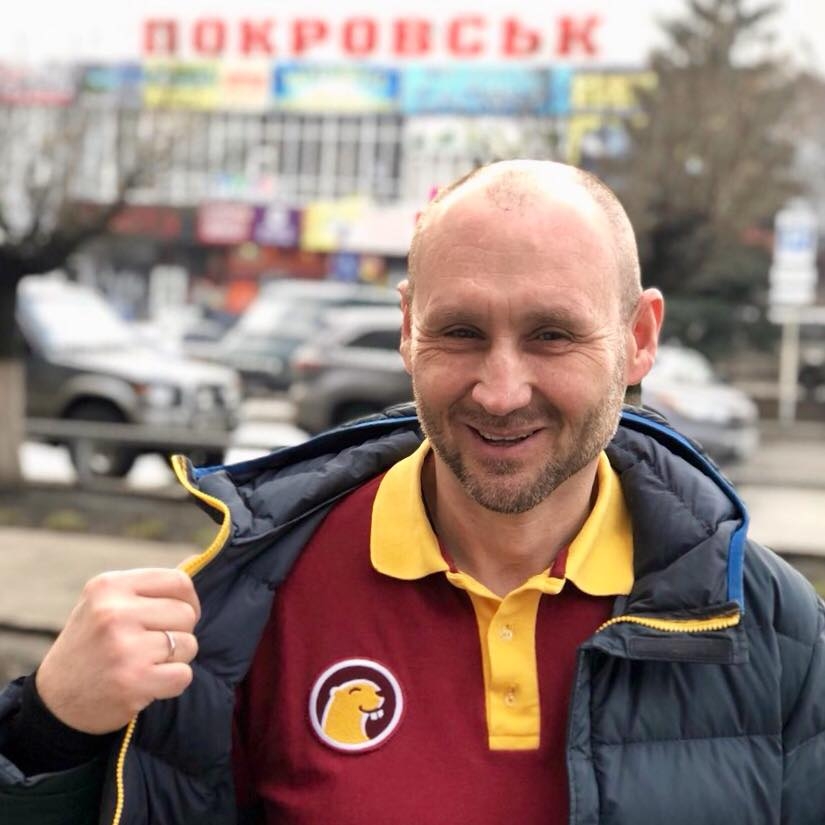 Ihor Vynohradov, an entrepreneur from Donetsk Oblast, moved equipment in April from his two pizzerias in Pokrovsk and Myrnohrad to the city of Dnipro. He now bakes up to 500 pizzas a day which he delivers to people in Donetsk Oblast who are hiding in shelters or basements due to shelling, or who are on medical treatment. 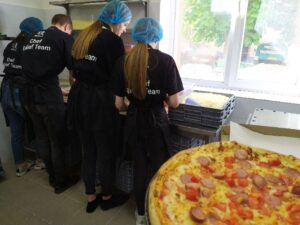 In Dnipro, Vynohradov rented production premises, including a well-equipped kitchen for cooking. The entrepreneur says that he was lucky because the space was already renovated, so he just had to install the equipment (a pizza oven and refrigerator) and start working.

Friends suggested that he contact World Central Kitchen. This humanitarian aid organization helps catering establishments to cook food and distribute it to people who find themselves in difficult circumstances and cannot buy food. Within three weeks of signing an agreement with World Central Kitchen, Vynohradov’s team had baked more than 6,000 pizzas (more than 26,000 slices).

Before the war, Moko Pizza restaurant chain offered more than 30 varieties of pizza. Now Vynohradov’s team bakes up to 500 pizzas a day, and has developed a new recipe to fulfill this large daily order. Ingredients are purchased from supermarkets in Dnipro and local entrepreneurs.

“Because of the war, there are some problems with food supplies. We can’t make many different types of pizza on a large scale right now, as we need different cheeses, smoked meat and seafood. So our team has developed a new recipe. It’s simple enough, but it has all the ingredients: mozzarella, bacon, tomatoes,” says Vynohradov.

Before the war, Moko Pizza made dough that “ripened” in the refrigerator. This recipe is still used today to ensure a tasty product, despite the large volume and speed of cooking.

The customer, World Central Kitchen, decides where to deliver the pizzas. The businessman also cooperates with the city authorities of Pokrovsk and Myrnohrad, who are aware of the needs of residents remaining in Donetsk Oblast. Recently, his team delivered pizzas to children in foster families and visited frontline villages in Pokrovsk Raion.

“Twice a day we go to Donetsk Oblast to deliver orders. People are grateful when we bring them great pizzas. I am also glad that thanks to this project my team has work, the employees receive a salary and can feed their families,” Vynohradov says. “It’s not the format we are used to, but it’s the kind of work that is useful to people now, so we do it.”

Social responsibility in difficult times is not something new to the entrepreneur. When the coronavirus epidemic began in 2020, he delivered pizzas free of charge to accident and emergency doctors in Mariupol and Pokrovsk. In this way, he thanked the doctors who worked without days off, saving patients.

“A lot of people now are unemployed and homeless because of the war. Every day we see long queues of people who come to different centers for humanitarian aid. We can’t feed everyone, but we try to be useful. Only with World Central Kitchen can we continue to work and feed people in need now, and I am extremely grateful for that opportunity,” says Vynohradov.

The entrepreneur is still looking for locations in central Ukrainian cities to restart Moko Pizza as a business, where customers come to the pizzeria, choose a pizza of their choice and receive their orders in minutes.

Before the war, Vynohradov had four pizzerias in Pokrovsk, Myrnohrad and Mariupol. He lost his two branches in Mariupol when missiles hit the premises, destroying all the equipment. Despite these losses, he has not given up and continues to work every day, supporting other Ukrainians in difficult times.