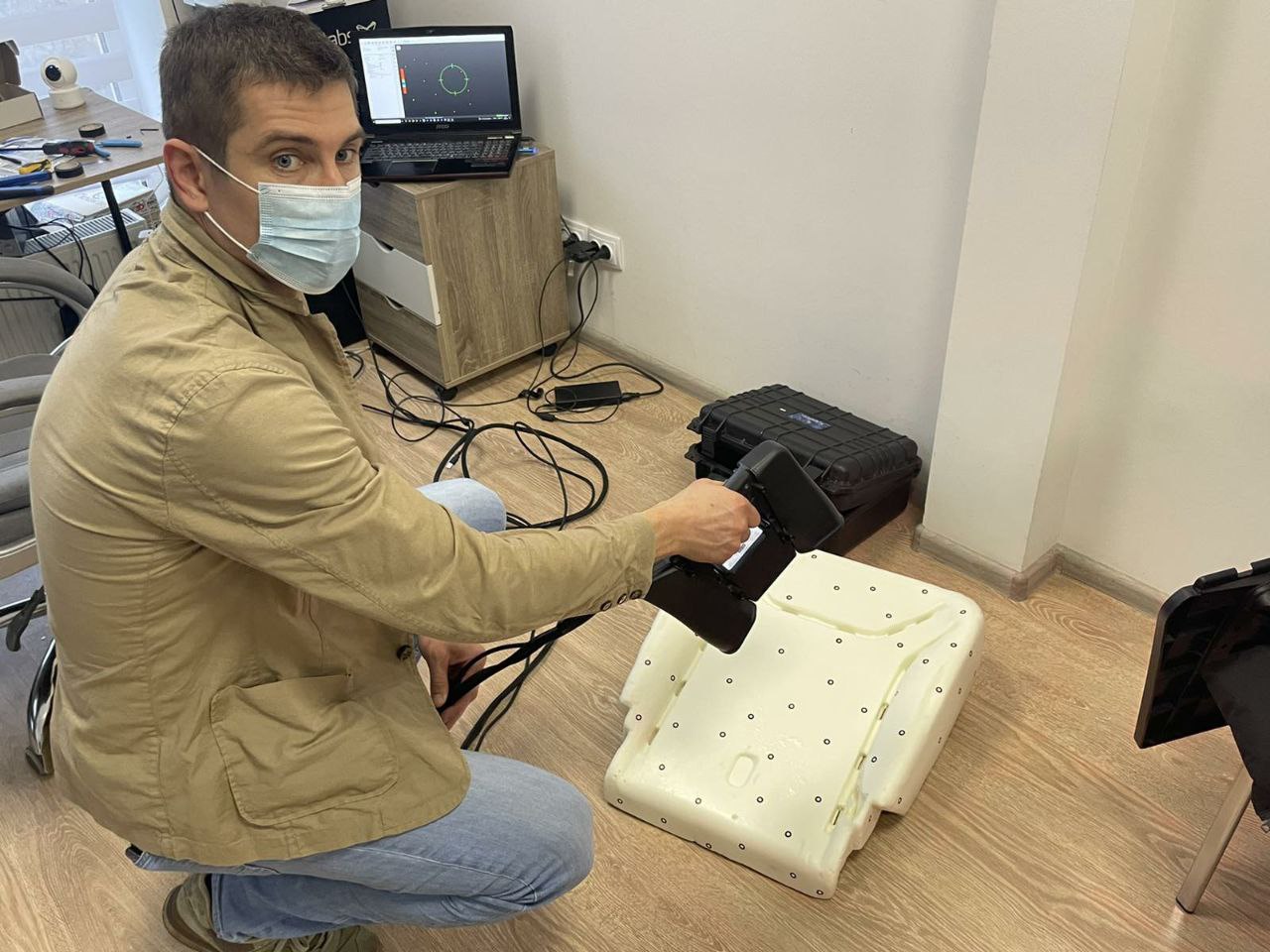 3Dprint from Sievierodonetsk, Luhansk Oblast relocated to Kyiv before the start of Russia’s full-scale invasion of Ukraine.

Since 2019, 3Dprint has been engaged in 3D modeling and printing for customers from different regions of Ukraine. The enterprise began when a group of engineers from Lysychansk received a grant from the UN Development Program to buy a 3D printer and start creating models of various products for industrial and medical use. They were approached by customers from both industrial production and small private automotive and agricultural workshops, for whom they made gears, auto spare parts, fasteners, and jewelry molds. The company moved to Sievierodonetsk, increasing the number of printers to ten and the team to seven people, and began thinking about entering foreign markets and attracting foreign customers.

With the assistance of Economic Resilience Activity (ERA) consultants, the company developed a website in English and Ukrainian, to help sell the company’s services in foreign markets and fulfill orders for customers from the European Union and United States.

“A month before the war, we decided to leave Luhansk Oblast. Knowing the experience of many businesses regarding relocation in 2014, when the war started in the east, we decided not to wait for hostilities. We took all our equipment, and all our employees agreed to leave the region. Now we realise it was very timely, because the stories about evacuation of people and  transport of equipment under shelling are scary to read,” says company co-founder Ivan Vasyliev.

The Luhansk engineers rented premises in Kyiv and quickly resumed work. They have retained some of their previous customers, although all customers from Luhansk Oblast were lost, as the region is now occupied, making it impossible to order the company’s services from there.

The engineers use raw materials from Europe for their products, such as polymer resin or powder for sintering.

In April, the partners were advised to contact an American company, which is also engaged in 3D modeling and is interested in cooperation with Ukrainian manufacturers.

“The American partners offered to provide us with a 3D printer for free, which prints according to the most modern SLS (Selective Laser Sintering) technology and costs approximately 1.5 million hryvnias. Products made on it can be used in medical, food and automotive industries. This printer should arrive in Ukraine at the end of July–beginning of August. But there is a condition: we have to put this equipment in an open space (a coworking space or business center) and popularize 3D printing services in Ukraine. The company will also help us train our employees to print on this equipment,” Vasyliev says.

The Ukrainian developers are currently looking for premises for the printer, and hope for close cooperation with the Americans. Colleagues from the USA are also ready to order models from the Ukrainian company for future manufacturing of products. One interesting and promising direction is the production of models for doctors, in particular in dentistry, surgery and other fields of medicine. Some orders are planned to be fulfilled free of charge, or with discounts.

“We already have experience of cooperation with scientists from the Bohomolets Institute in Kyiv. For example, before complex surgery, surgeons simulate the operation process on samples printed on a 3D printer. Now, when there is war in Ukraine, this is highly in demand. Many wounded (both military and civilian) need prosthetics, so this is a very promising direction of work,” says Vasyliev.

Those who want to model in the field of bioengineering (in particular, dentistry) will be taught on the American printer to further create 3D models to order for American customers. This is also considered an interesting direction of development.

The Luhansk developers dream of returning to their home in the east, but until then they will work for the victory of Ukraine in a new place, helping to restore the economy and provide jobs.