COMPANY FROM KRAMATORSK FULFILLS ORDERS FOR AUSTRIA DURING THE WAR 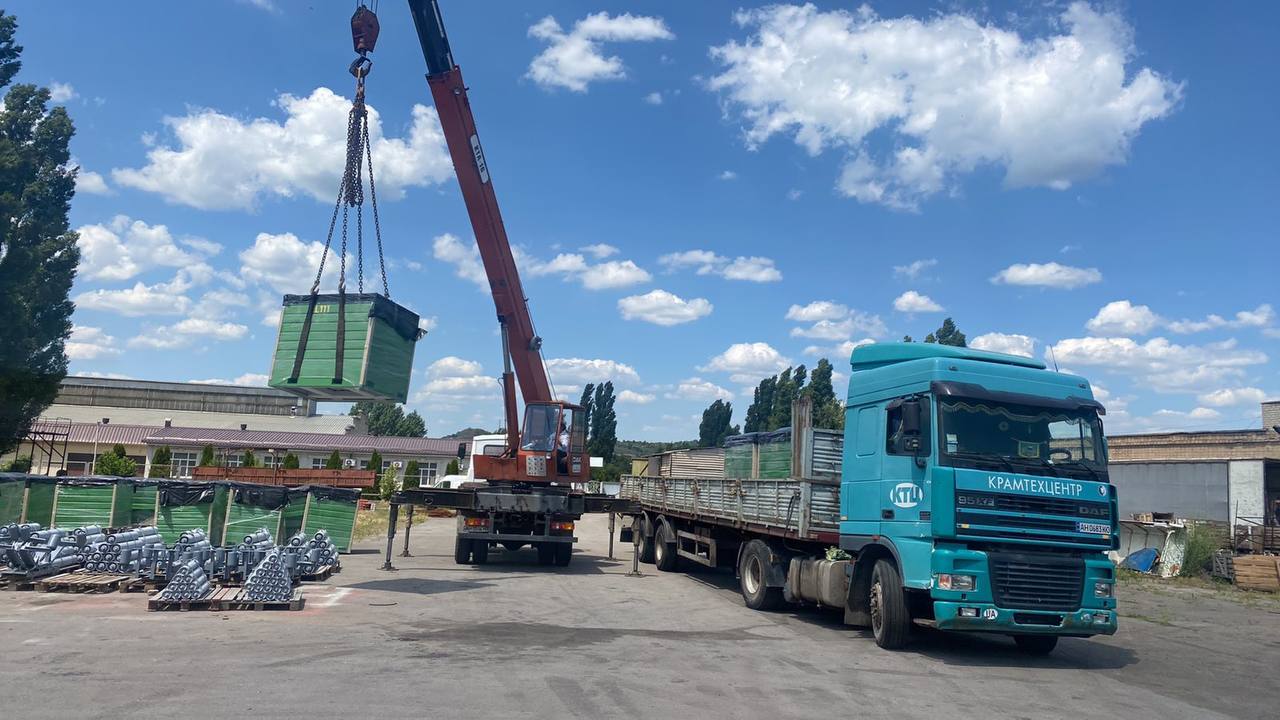 Kramtechcenter, a machine-building enterprise from Kramatorsk (Donetsk Oblast), moved to Dnipro due to hostilities, but despite all the difficulties it has shipped orders for Austrian partners.

The company produced grain storage containers for the customer. This week containers were taken by car to Romania, where the Austrian partners have some assets. The customer is a company that produces natural animal feed and grows organic pork. A contract for the supply of containers was signed last year, and two batches had already been shipped before Russia’s full-scale war in Ukraine began.

“In February, we made an advance payment for metal needed to make containers for our Austrian partners. But we couldn’t get it from Zaporizhzhia – the company selling metal suspended work, the drivers were afraid to go to Donetsk Oblast, and only a month later were we able to collect the metal and resume production of containers,” says Director and co-owner of Kramtechcenter Maksym Korotun.

Kramtechcenter employees working in bulletproof vests started manufacturing the containers in Kramatorsk. They finished in Dnipro, where Kramtechcenter moved in April.

“Our manufacturing process has changed significantly. Work that we previously did in two days now takes a month. There is a shortage of working capital, some of the employees have left, and we have to look for new supply chains, all of which have complicated the production process. The overall order portfolio has shrunk; we have projects that have not been confirmed by partners since the war started, but metal or partly-made blanks are lying in our warehouses – they’re all our expenses. Also some customers from Mariupol haven’t paid for their orders. I don’t think we will get this money, and for us, it is a huge loss: up to eight million hryvnias,” says Korotun.

Even during wartime, it was fundamentally important for Kramtechcenter to complete the order for the Austrians, as the company hopes for long-term cooperation with foreign partners to increase its presence on international markets.

“We already have experience of working under occupation in 2014. But now the challenges have increased significantly, the danger has intensified, and the front line is 20 kilometers away [from Kramatorsk]. But we believe that now it is crucial to save jobs, and for this we need to work and fulfill contracts,” Korotun said.

Fulfillment of this contract will help Kramtechcenter to pay wages and taxes during the war. Currently, the machine-building enterprise employs 150 people, and continues working on other orders for the Ukrainian market.