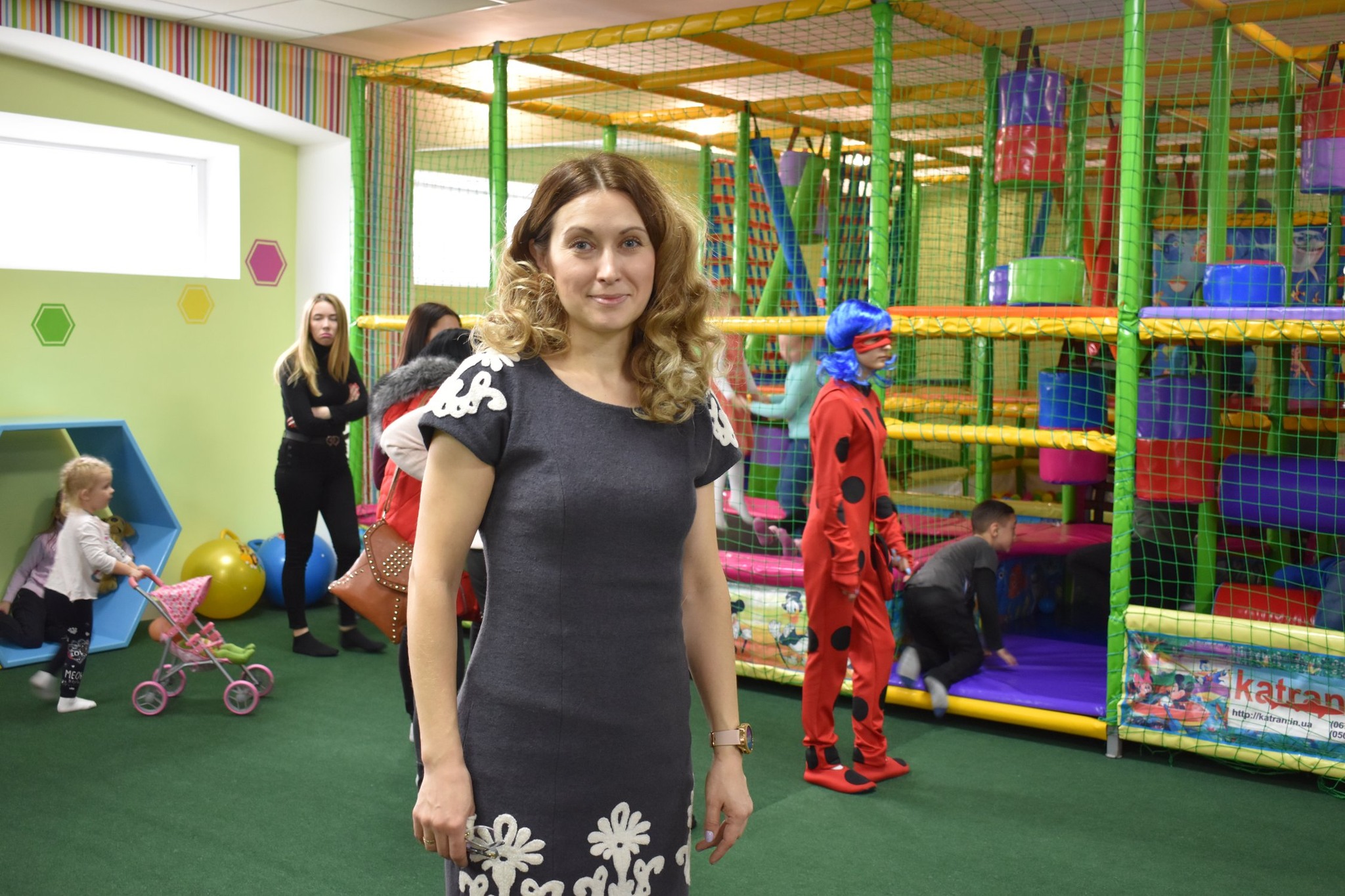 Oleksandra (Olesia) Izuita, an entrepreneur from Luhansk Oblast, is helping organize provision of humanitarian aid in Vinnytsia for displaced people from the city of Kreminna (Luhansk Oblast). At the same time, Izuita herself is an internally displaced person (IDP) twice over.

Izuita had to leave her hometown of Luhansk in 2014, when war broke out. An actress by education, she worked as art director of an entertainment center and ran a group of party entertainers. Together with her family, she moved to the town of Kreminna, and started thinking about how to earn a living there. As there was no children’s entertainment center in the small town, Izuita decided this might be a promising project.

In 2019, with grant support from international donors, Izuita created Mosaic children’s entertainment center, where children could come to play air hockey and on trampolines, and celebrate birthdays among bright balloons.

A team of entertainers worked with Izuita. Gradually, teenagers who had no place to go in the town began to gather near the center, which was bustling with younger children having fun. Izuita decided to organize the teenagers into a youth organization called Charivnyi Pendel. The teenagers began to get involved in volunteering, eco-camps, trainings and trips. Together they were preparing to open the first hub in the city when on February 24, Russia attacked Ukraine, halting all these plans and projects.

In March, Izuita and her family left Kreminna. All the equipment they had bought remained in her center, as she became an internally displaced person for the second time.

“I regret that I didn’t take the equipment out of the center when I had the opportunity to do so,” she says. “Back then I thought, who needs children’s entertainment if there is war in Ukraine? Now it’s too risky to go to Luhansk Oblast. Kreminna is occupied, and I don’t know what happened to my center.”

The family moved to Vinnytsia, where Izuita became a volunteer.

“In the early days of the war, I applied for a small grant from the Danish Refugee Council. I knew how to submit such applications because I already had experience in communicating with donors. My application for assistance to residents of Donetsk and Luhansk Oblasts was approved,” says Izuita. 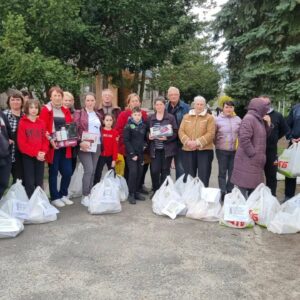 By the time the money for the grant was allocated, Kreminna was already under occupation. So Izuita started buying food and delivering it to places where residents of Kreminna were concentrated.

“I realized that many people who had fled from shelling did not have basic necessities,” she says. “They needed pillows, kettles and hygiene products. I saw one situation where people were living in a dormitory. There was one electric kettle for the whole floor, which everyone was using to heat water for tea and for washing themselves. At the same time, people were given pasta and cereal every day, but in fact they often did not need it at all.”

A team of teenagers who had attended Izuita’s center created a Telegram channel for residents of Kreminna who had been forced to leave their homes. Mykyta Horbatenko, 17, set up the channel, which helped unite Kreminna residents now scattered to Vinnytsia, Volyn, Dnipro, Rivne, Cherkasy and other regions.

The channel was useful to identify coordinators and needs in each city. Retired people need food and medicine, while middle-aged people need information and know-how. “This is what migrants are saying. It inspires me that people are ready to work, study, and adapt to life in a new place,” says Izuita.

You can join the channel at the link

Izuita says that in a few months she had to get used to traveling in new forms of transport, like trucks. She learned the locations of wholesale warehouses, and the tricks of negotiating a discount in supermarkets when buying products for humanitarian aid. She worked out how to support IDPs from the east who sew bed linen.

“It’s not something I’m used to doing at home, but if it can be useful now, I’ll do it,” she says.

She is also looking for an opportunity to open an early childhood development center in Vinnytsia for pre-schoolers.

Izuita believes that cozy green Kreminna will be under the Ukrainian flag again soon, and she will return to her center to develop her small town in Luhansk Oblast together with her children.