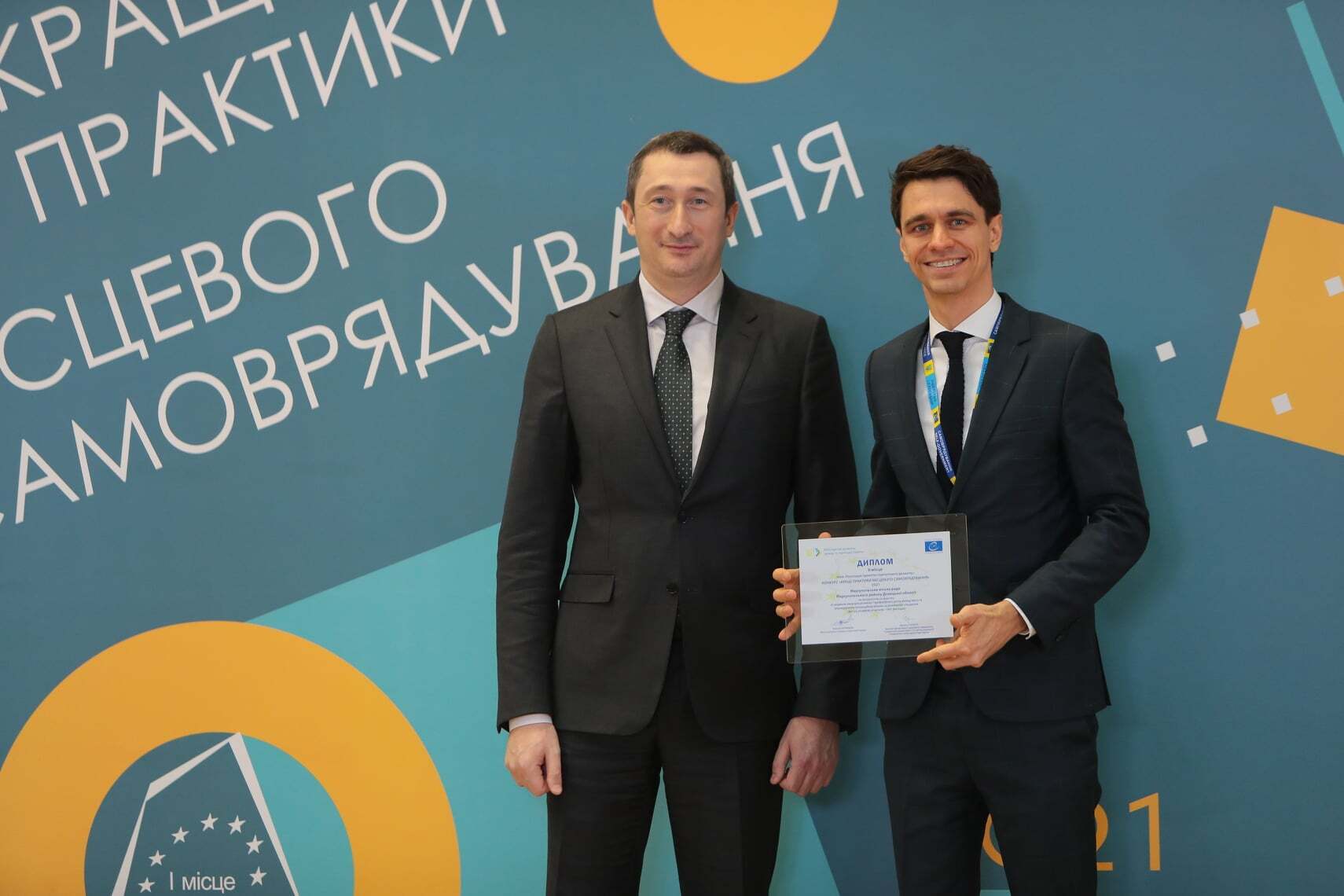 USAID Economic Resilience Activity (ERA) facilitated an awards ceremony for finalists in the Best Practices of Local Self-government in 2021 competition organized by the Ministry of Community and Territorial Development of Ukraine.

The competition committee selected 28 winning projects in three areas: Community Cohesion, Organization of the Health Care System at the Local Level in the Context of Health Care Reform, and Implementation of Strategic Development Projects. Six best practices were selected from Donetsk Oblast, two of which are supported by ERA.

Mariupol Business Development Center for Support of Small and Medium Business (SME Support Center) won in the nomination group “City Councils with a Population from 50,000 to 500,000 Citizens” for creation of a sustainable infrastructure system, as well as promotion and support of MSMEs.

The SME Support Center has worked since March 2020 providing business consulting and training services for startup entrepreneurs and helps raise money for development of small business in Mariupol, Donetsk Oblast. In 2021 the center received computers and furniture as a grant from ERA.

“Over the years of SME Support Center operation, more than 120 citizens of Mariupol were trained at the School of Entrepreneurship, and 300 citizens of the city received consulting services on startups or development of business. We are proud of receiving this award, and will continue to develop small business in Mariupol,” said Dmytro Dresviannikov, Executive Director of the SME Support Center.

Startup Center 1991 won second place in the same nomination group for creation of conditions for development and professional growth of youth, as well as implementation of innovative solutions.

Startup Center 1991 is the first IT incubator in eastern Ukraine. Social Boost public organization, in partnership with Mariupol City Council and ERA, coordinated to set up the center in 2019. Over two years of operation, the center has promoted 20 startups, 11 of which continue to work on their projects. The most promising projects have received UAH 300,000 in financial assistance. Two startups entered the market and today their capital is about UAH 2 million.

“The most important component of new project success is comprehensive support from the municipality. One of the key priorities of Mariupol City Council is digital transformation and development of the IT sector. That is why the city is creating the most favorable conditions for development of projects such as Startup Center 1991,” said Viktor Hurskyi, co-founder and CEO of Social Boost.

The teams of Startup Center 1991 and Social Boost have adopted a new format for working with technological projects. Startups are now residents of a venture studio, where they will work for a year on developing their own businesses, searching for investments, and scaling up products.