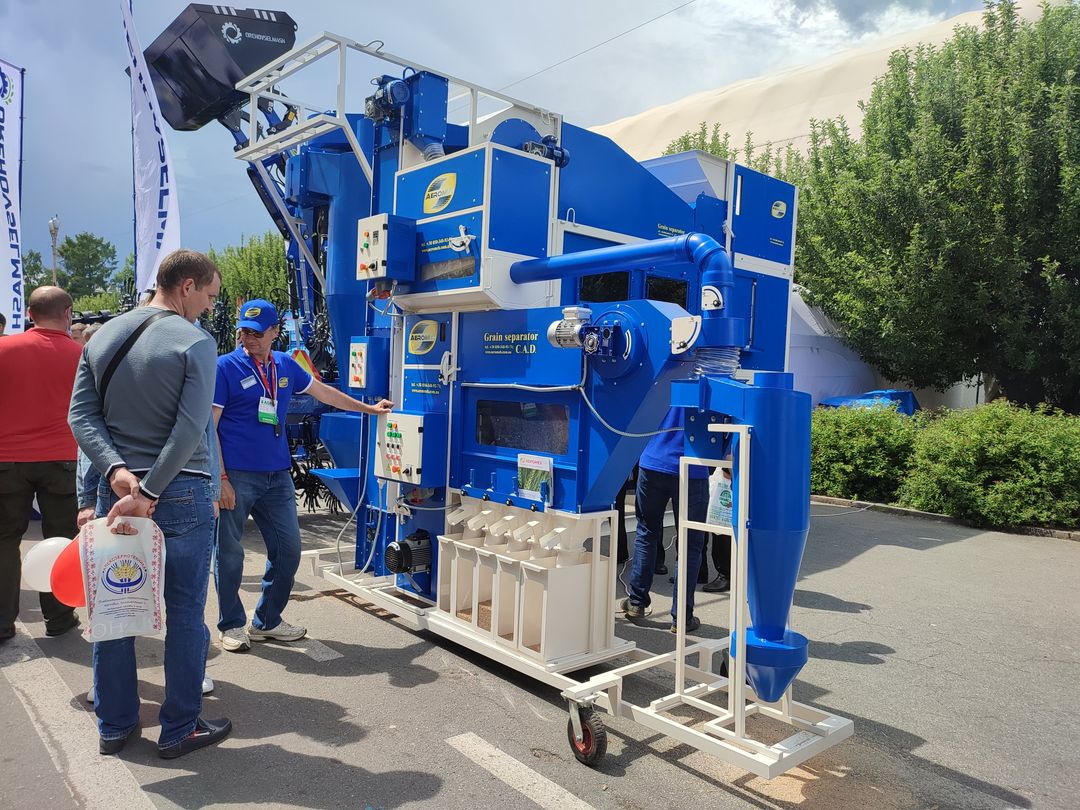 Aeromeh, a research and production enterprise from Kreminna (Luhansk Oblast) moved to the village of Yerky in Cherkasy Oblast. Founded in 2001 in Luhansk, this was the second relocation for the company. In the new location, the company’s specialists began manufacturing their main product: the SAD separator (aerodynamic separator) for grain cleaning.

These machines are designed for preparation of seed material, providing high-quality sorting of seeds. This is a patented technology of the Luhansk manufacturers. The company has customers all over the world, in Africa, Canada, Europe and the USA. Before Russia’s full-scale invasion of Ukraine, 60% of all products were sold for export, and 40% on the Ukrainian market.

In March, when Russian troops began intensive shelling of Kreminna, the company’s management decided to leave. The only things they were able to evacuate were some finished products from the warehouses. All the machinery for production remained in Kreminna: a laser machine, metal-working machines, auxiliary tools, lathes, welding machines and electric tools.

“This is the second evacuation for our company; we had the experience of relocating in 2014, when the war began in the east of Ukraine. We left Luhansk at that time, gradually evacuating our property as we had the opportunity to go several times. This time everything is different,” says Oleksandr Chornobai, Director and co-founder of Aeromeh.

The company did not manage to obtain state aid for business relocation. According to the director, each entrepreneur had to search for transport on his own, and then apply for reimbursement through an online platform. In April, the price for transportation from Luhansk increased almost tenfold, and it was very risky to pack up machinery under shelling.

“Before the war, renting a truck from Kreminna to Dnipro cost 10,000 hryvnias. In April the price reached 80,000 hryvnias, and drivers refused to go to dangerous regions,” says Chornobai. “It is impossible to remove heavy equipment quickly – for example, one of our machines took three days to install, and it was impossible to quickly disassemble it under shelling to remove it. So we transported only what we could on our own, primarily our finished products. That was important, because we were able to quickly ship them to customers and get funds for current expenses.”

For Aeromeh employees who moved from a city to the small village of Yerky, it was difficult to find housing, and many refused to move to an unknown region. Most of the private houses in the village were occupied, or empty and unfit for habitation. The company rented production premises on the territory of a former agricultural enterprise and began to work.

“There are fourteen people with us now. Each of them is very important in the production chain. Thanks to these people we started production at a new place. We perform part of the work in cooperation with our colleagues from Cherkasy, some by ourselves, and we also buy some ready-made parts. We have already purchased a small manual machine for metal processing and this week we are finishing painting several separators that were made in Yerky. Despite the war, we have plans for development; we are moving little by little,” says Chornobai.