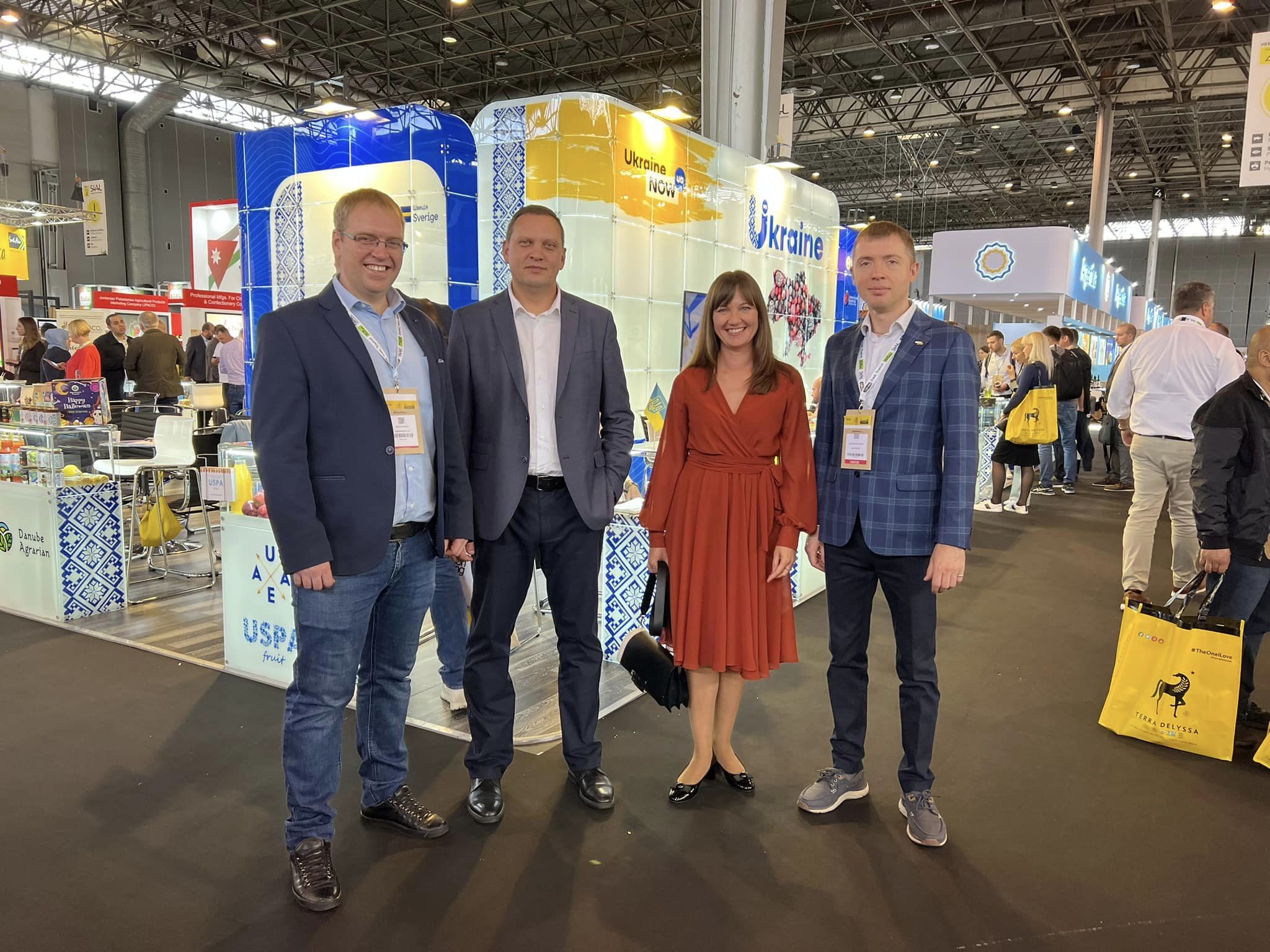 SIAL is one of the largest international events for agricultural producers, attracting about 300,000 visitors from around the world every year.

Famberry owns the largest cornel orchards in eastern Europe, which are located in Zaporizhzhia Oblast. Since the beginning of the war the territory has been under occupation, and the owners currently do not have access to the orchards. However, they managed to export frozen berries and have launched production of cornel jams, pastilles, sauces and other delicacies in Dnipro. In western Ukraine, a beverage producer makes cornel liqueurs.

“We lost this year’s harvest, as there is no access to the orchards. We have 40 tons of cornel in stock, which can be processed and sold. At the same time, we are interested in finding partners abroad who are ready to buy our products, so we are taking part in this exhibition. Participation in such events is effective – people abroad learn about our company, and we receive orders. It also contributes to the promotion of cornel. We believe that soon we will be able to return to our orchards, but until then we are doing our best to save our business during the war,” said Yelyzaveta Olshanska, co-owner of Famberry.

Sady Donbasu managed to evacuate the sorting line they received under an ERA grant from Donetsk Oblast to Zakarpattia. At the exhibition in Paris, the company representatives looked for partners interested in cooperation with Ukrainian business.

“We signed an agreement for sorting apples with a local business in Zakarpattia. Today customers want to buy high-quality sorted apples in the supermarket, and we have such sorting experience. We will invite other businesses to cooperate by offering our sorting services. We also have export experience, so we are ready to share it. Processing companies are more widely represented at this exhibition; we will be looking for partners who need raw materials and sorting services,” said Financial Director Serhii Ostapets.

Representatives of Kalynivka trade house attended the exhibition because they are interested in finding new partners and markets, including foreign ones, for their products. The company grows vegetables in greenhouses in Kyiv and Vinnytsia Oblasts and in open ground in Kherson and Mykolaiv Oblasts. The company has temporarily lost part of its capacities due to shelling and occupation.

“European producers and traders from Poland, Portugal, France, the Netherlands, Greece, Lithuania and Latvia, as well as countries such as Kenya, Peru, and Colombia are interested in our tomatoes, as they don’t know so much about Ukrainian producers who can offer a quality product. It is important to promote Ukraine, because we are a country with high growth dynamics despite the current situation,” says Marketing Director Tetiana Medzhytova.

This year the exhibition in Paris was attended by representatives from more than 100 countries. Participants presented their business potential and held negotiations with potential partners from the United States, the European Union and the Middle East.

Recently, a food exhibition was held in Madrid, which was attended by companies from Ukraine.