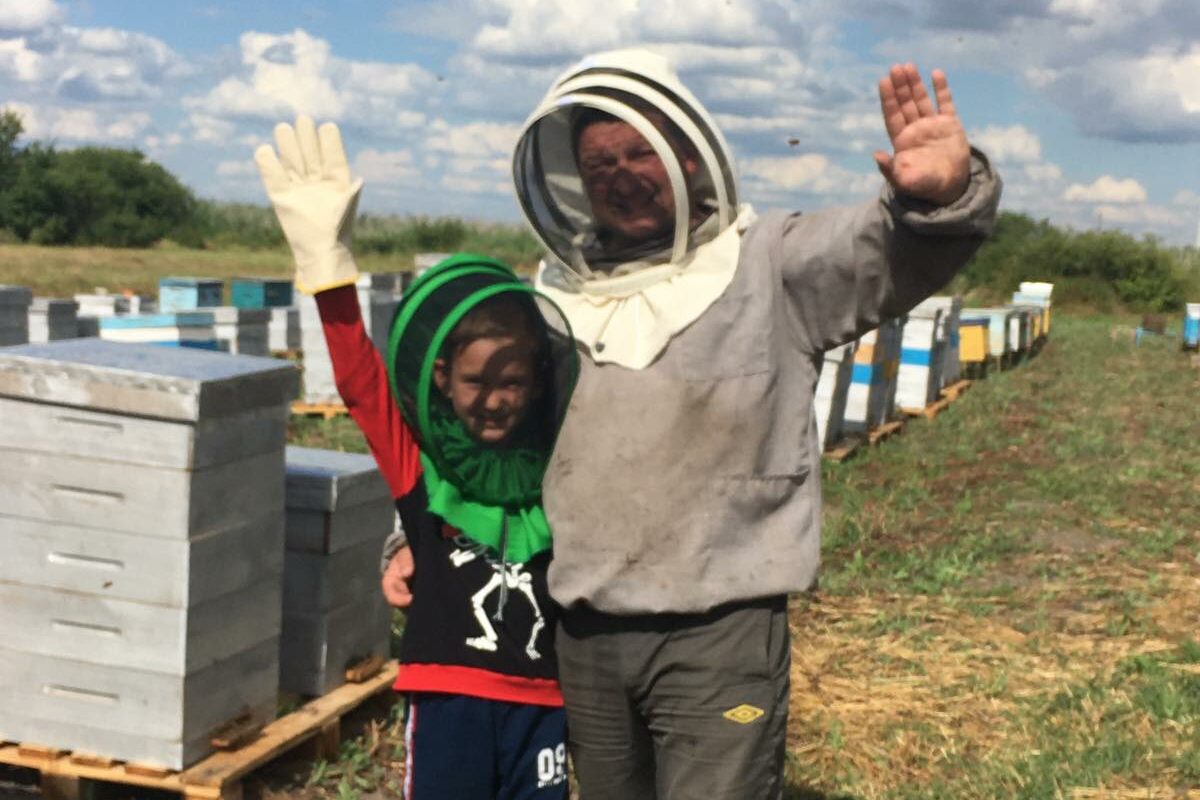 Roman Burdzhanadze had to leave his apiary behind under temporary occupation in Luhansk Oblast. He and his family moved to a village in  Dnipropetrovsk Oblast and decided to create an apiary from scratch. Now he is preparing new hives, where he plans to settle bee colonies in spring.

Burdzhanadze had been developing an industrial apiary of 200 hives for five years, which brought him a stable income. Russia’s full-scale invasion of Ukraine forced the family to leave their home and business in early March. On the second day of the war, Russia’s forces occupied the area and the apiary, blocking Burdzhanadze’s access, so he was unable to take anything with him.

Once in the village of Bulakhivka, Pavlohrad Raion, Dnipropetrovsk Oblast, Burdzhanadze started thinking about restoring his apiary. USAID Economic Resilience Activity (ERA) assisted him in preparing a business plan and winning a grant of UAH 250,000 from the state ERobota program. The beekeeper used it to purchase wood for hives, frames, bee packages and other equipment. He also hired two IDPs who had worked at his apiary at home.

“A beekeeper is busy even in winter. Now we are preparing hives in the workshop, and painting them for the new season so we can bring bees in the spring. Here in Dnipropetrovsk Oblast there are good honey plants, herbs, acacia trees, forests and rivers, so I hope to get delicious honey,” says Burdzhanadze.

Burdzhanadze started to get to know local beekeepers, asking them where he could buy high-quality beeswax. When he could not find any wax locally, he applied for and received a grant from the Danish Refugee Council for 15,000 euros to purchase beeswax production equipment. The equipment is produced by a manufacturer from Kharkiv Oblast whose plant was damaged by shelling, but the order from Burdzhanadze was accepted, and now a line for wax production is being prepared.

“I think not only I need this wax, but many beekeepers in the region too.  Once I have my own production, I will be able to meet their needs. I expect to receive the equipment soon, and will launch the line next year. I will be able to produce up to 5,000 kg of wax per month,” Burdzhanadze says.

The beekeeper has applied to Mezheritska community in Dnipropetrovsk Oblast to purchase premises (a workshop) at auction, where he plans to set up wax production. Burdzhanadze believes he will succeed because he has his favorite business, bees, and faith in victory. He is looking forward to spring to create a new powerful apiary, with 120 already prepared hives.